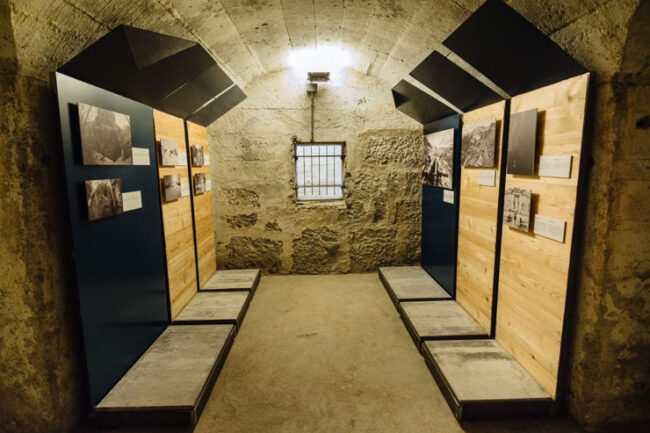 The culture industry has suffered the most with no help from the government. It was decided to sacrifice the art and culture compartment with no reason. October was the beginning of the new restrictions. With December it was clear that it wasn’t possible to plan anything and the compartment entered into a frozen chaos. There was only to wait and hope in the end of restrictions. If Spain decided to not close the Culture compartment, Italy did different.

With April things turned good and some hope came back. I didn’t even believe it. I was sceptical when exhibition venues were proposing new dates after so many delays and cancellations. Perhaps the fast vaccination rate but in springtime made possible to look a bit different and with better hopes.

So, in less than a month I will open “Alps, theatre of battles” in Camogli at the City Hall from 16 May to 2nd June. “Here they fought” is due at Forte Garda | MAG Museo Alto Garda, in an impressive exhibition venue: a WW1 huge Austrian fortress on a cliff over the Garda Lake so close to the battlefields. This exhibition will last the entire season of the Bunker opening from 22nd May up to 17th October. One month and a half was cut due to the pandemic restrictions. From the 5th to 30 June “here they fought” is due also in Nizza Monferrato in a former church now dedicated to art performances.

Culture was heavily discriminated despite cultural venues were found to be the safest during the pandemic. So why it was locked so brutally? To avoid running costs? Perhaps yes but another reason is that culture wasn’t considered “essential”. It is considered like a pleasure, something useless without considering that our culture is our backbone as human beings. Our knowledge is our survival and we cannot allow anymore someone to stop it.