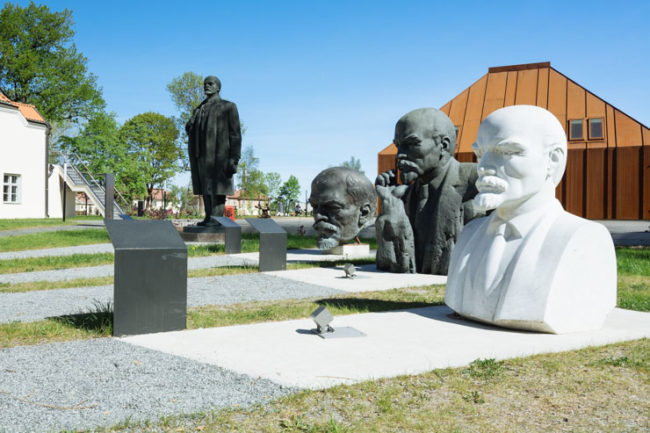 The values behind a statue and the black lives matter movement

Few months after the orange revolution in Ukraine, I was walking down the streets of Kyev with a tourist map in my hands. I was looking for a square with a Lenin statue that was clearly visible in that map. Once I reached the spot I checked and cross check the square. I was in the right place but Lenin wasn’t there anymore. Ukrainians knocked down and removed the statue few weeks before my visit there.

If you would talk about communism to Estonians you would recognise the terror fingerprint in their eyes. A fingerprint left by decades of deportations toward Siberia. Looking at a soviet statue for an Estonian means evoke a dreadful pain.

The history of the human being has a constant evolution and change of the way of thinking and its values. Statues offer us the stories of people that have left important signs in our history. Good signs and bad signs.

A society without memory

Recently the global movement fighting for equal rights, black lives matter, has addressed statues as an issue and they have knock down many around the globe. In US there is an issue also with the remote figure of Cristopher Columbus. A man that has changed the course of history of the entire human kind yet it seems proved he was a cruel person. Many statues of him were vandalized.

The importance of remembering the past

In my photographic works I deal with war and battlefields. I show war to promote the culture of peace. It is important to not forget the sorrow of war. What if we would forget what war means? Rhetorical speeches would raise up and eventually war would appear again in our countries.

Perhaps it is more fruitful to contextualise statues instead of destroying it. This would help in understanding the value of the change that the human kind faced. It is of paramount importance to remember the dark side of humanity. It is the only way to give people the antibody against racism, slavery, war, hatred and all the bad behaviours typical of the human kind.

Estonia was under national wide cybernetic attack as retaliation because of the removal of a Russian soldier statue from the main venues of Tallinn. Nevertheless, those statues from the soviet times that Estonian removed, haven’t been thrown to the sea. They placed it in a back-courtyard of the History Museum of Tallinn. Having a look at that serious oppressive statues’ faces can give a glance of the oppression of those times. A glance that would be lost if the statues would have been destroyed.

Every day we see under our eyes injustices. Nevertheless not so many are really caring of it. Instead of vandalising statues of people that have done bad things centuries ago, it would be better to pretend to contextualize those statues showing also the dark side of that persons. It would be better to issue contemporary injustices that are oppressing contemporary people instead of removing sorrow from history. That is just a diverting road. We cannot forget what was done in the past.

PS If you are interested in discovering Estonia check out my book guide (in Italian).