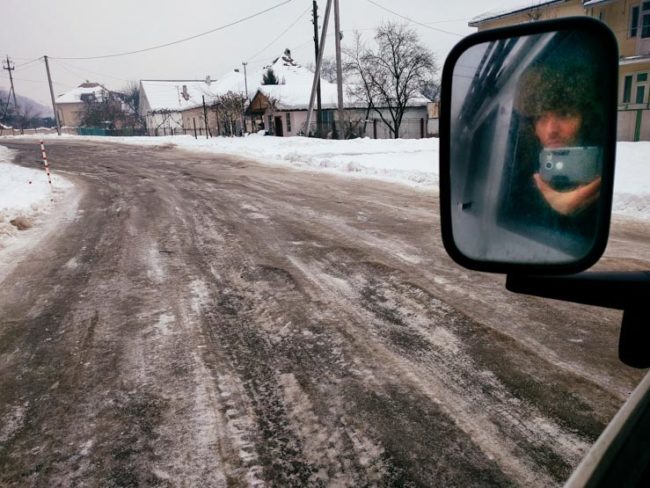 Today is the Remembrance Day and I am in Krakow. Exactly three years ago I left Milan with my off road vehicle fully equipped for the extreme winter weather. That was the beginning of the Carpathians Mission. Amongst all the photographic missions, that one was the longest, in terms of both time and kilometres.

Everything started from an old folk song from the Trento region: Monti Scarpazi. A sad song of a wife that, after the end of Great War, wants to find her husband lost into the Carpathians’ battlefields. When she reaches the Carpathians, looking for him, she only finds a cross: the sad effect of war.

We found those crosses covered by snow

When I discovered this song I got deeper into the story of it and I learned about the forgotten Oriental Front. Movies, books and stories are always about the Western Front but never about the Russian one. Even though the Oriental Front was even bloodier than the Western one.

Bloody as it was the Przemysl siege. During January 1915, this fortified Austro-Hungarian town was under Russian siege. The Austrian Army tried to make a breach into the siege engaging a fierce battle into the Carpathians Mountains. Soldiers had to face the enemy and a severe weather made of snowstorms and temperatures up to minus 40°C. Austrians failed and the town capitulated. That day more than a hundred thousand people was taken prisoner to Siberia. At the time that dreadful siege was on first pages of all the European newspapers.

When I started the mission on 27th Jan 2017 it was at a specific purpose: to show the worst weather Soldiers had to face. Temperature during my trip was constantly around minus 15 °C in Hungary and Ukraine and a bit warmer in Poland, only minus 5-10 °C. My friend, Archaeologist Nicolò Donati, remembers that coldness.

Today I opened the exhibition at the Italian Institute of Culture. The photos are the part of the reportage about the Russian Front. Krakow was the arrival point for the Great War soldiers before to face the battlefields. Krakow is astonishing and amazes me all the times. It is not only beautiful but it has also many WW1 fortresses. From here the soldiers marched toward the first line, many times without ever coming back.

Don’t miss my previous post about the fortresses of Krakow and the one about the Carpathian Mountains.

The Carpathian Mountains and the Great War.