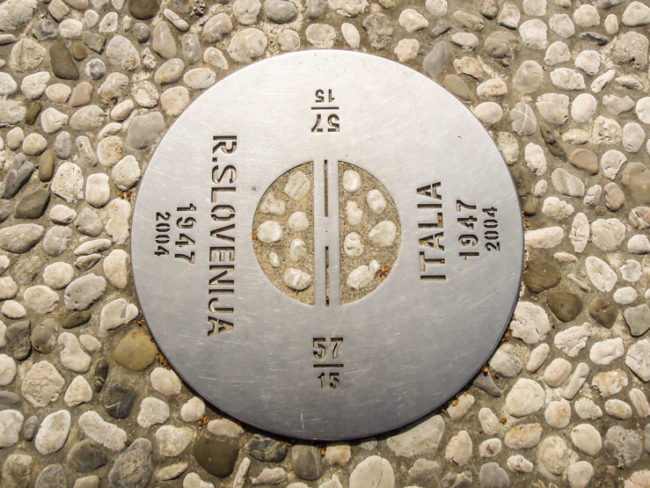 Nova Gorica, a city where you can enjoy a historic era that no longer exists, a city which you can explore through its exquisite cuisine, wines and casinos.

Strolling through the streets of Nova Gorica means to relive history. There is no brick in that area of Karst, where the city is located, which was not involved in fight during war times. Nova Gorica means “New Gorizia”, a city divided into two parts.

Gorizia is an ancient city that belonged to the Austro-Hungarian Empire, which during the First World War became the epicentre of the battles for the Karst. The bloody missions along the Soča River front led by General Cadorna were directed to conquer the Town and surroundings. Once conquered at the cost of extreme human sacrifice the city was lost due to the defeat of Caporetto and subsequently reconquered following the Italian victory of the Great War.

This small town, however, did not stop suffering traumas. The Second World War caused deep rooted ethnic and ideological tensions within its population. In 1947 a wall was erected to divide the city, Italians on one side, Slovenes on the other. Western countries were separated from Yugoslavia and the other socialist republics that remained beyond the Iron Curtain.

This is how “Nuova Gorizia” was founded, completely separate from the Italian Gorizia. It took until 2004, thanks to Slovenia’s entry into the European Union, for the wall to be finally demolished and thus restoring a complete freedom of movement for the local population.

Today, should you not notice that plaque in the centre of the Europa Square that indicates the border marked with the dates 1947 – 2004, you could walk from one side to the other without even realizing that you crossed the historic border. For those of you who wish to relive the atmosphere of that wall, there is the huge but little-frequented station of Nova Gorica on the other side of the square, where a museum full of curiosities and photographs is located.

Nova Gorica, however, is not only a reminder of a grim story that one can perceive by crossing the trenches of the Great War, but by now, it is also a great city to enjoy. Some of the biggest casinos in Slovenia are here. The surrounding Karst hills are fertile ground for some particular wines to taste in the local cellars accompanied with tasty local cold cuts.

The Isonzo river passes sinuously with its sweet bends crossing the border between Slovenia and Italy right there. From the bridge, the most daring ones can also bungee jump into the river.

Nova Gorica can be a destination or transit destination for those who wish to visit the nearby hills or the Slovenska Brda area “the Tuscany of Slovenia” or head towards the heart of Slovenia: Ljubljana.

Do you want to discover Slovenia? Do not miss my guide Slovenia available in all the major Italian bookstores and online edited with Morellini Editor.

Do not miss out on the the previous posts dedicated to Slovenia:

Maribor and the oldest vine in the world.

Ptuj, between ancient Rome and the Spas.

Slovenia and the Great War.